The Identity of Truth and the Limitations of Language

HomeUncategorizedThe Identity of Truth and the Limitations of...

The Identity of Truth and the Limitations of Language 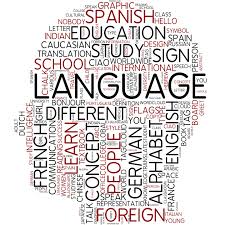 The discovery of truth is the goal of science and philosophy. In the expression of the knowledge acquired on this path, both scientists and philosophers felt the limitations of language. If the form of truth discovered at a scientific level cannot fit in the mould of reason and perception of viewing and understanding in a common way, then how can scientists express it? Here the symbolic language of mathematics can become a medium, but there exists no medium which can prove helpful in the expression of the mathematical symbols in a simplified way. Then the conversion of the truth present in the language of mathematics becomes a challenge. Physicist Heisenberg clearly says that no matter how much we try, but is impossible to talk about the creation of atoms in simple terms.
The ordinary concepts used are not helpful in the expression of the microscopic level of the creation of atoms. Similarly, philosophers too, are experiencing difficulty for ages in expressing the experienced truth. In this context, this feature can be seen expressed in the Kathopanishad- Where the eyes do not reach, where one cannot reach through the mind or words, that which we never learn or understand, how can it be taught? (Kathopanishad 3.15)
It is important to understand that how the form of truth puts scientists in a dilemma? How can waves and particles be produced together by electromagnetic radiation? This question has perplexed scientists a lot. When ultraviolet rays were projected on the surface of metal then the radiation deflected several electrons on the surface of the metal. This means that there are moving particles in rays that are capable of deflecting electrons. The same condition can be observed in the use of the radiation of X-rays. However, we cannot explain this phenomenon only as an example of particles being present in rays and the struggle of electrons. This is because we find traces of the photo effect of waves in these radiations. Looking for a way to present this truth in scientific language is a huge challenge for scientists. Scientists are not left with any option other than clearly placing the experienced truth on the forefront. This creates an obstacle in providing the truth in the form of a formula. The concepts related to quantum are facing difficulty in acceptance by the laws of science as they are not verified through formulae.
It has been thought about, from the model of the universe to the creation of the indivisible component atom, in materialistic science to understand the nature of objects. In this context, to make the features of atoms comprehensible, the balls of the game of billiards have been used. However, is the reality presented by these balls the actual reality of the world of atoms or not? This is a very big question. To verify this, the option of the experiment also does not exist. Here, the form of truth is such that it is caught in assumptions but the sense organs cannot attain an evident experience.
To explain this truth which is not ostensible through the senses, there are a lot of contradicting riddles presented in poetic language in the Tao Philosophy. They aim to remove the heart and mind of a student’s soul from the familiar tracks of reason and action and compel them to think. Truth like that of nature is discussed in a riddle by Amir Khusrow where he writes:
“Ek thaal moti se bhara, sab ke sir pe aundha dhara. (A plate filled with beads, everyone’s head inverted)
Chaaro or woh thaali phire, moti use ek na gire. (The plate revolves in every direction, no bead falls off it)”
The answer is Aakash (The sky).
The unique features of nature have compelled poets, philosophers and scientists to think time and again. To challenge the way we see the visible world through our senses, ancient philosophers had evolved a special education system. In this system, through the questions which challenged the ordinary understanding, the ardour of understanding the nature of the universe was produced in the heart and mind of students. Here, the teacher would create curiosity in students through directions and thereby provide the lessons on understanding and feeling nature. A similar curiosity is found in the scientists who work on the quantum principle. In this context, the following lines can be seen which present Heisenberg’s state of mind after he met Bohr,
“I remember discussions with Bohr which went through many hours till very late at night and ended almost in despair. Can nature possibly be so absurd as it seemed to us in these atomic experiments?”
Whatever we see or hear is only an effect of truth. The form of truth cannot be captured by the sense organs. Here, that understanding is useless which the senses attain directly through objects. This is why the language dependant on the shadow of attained knowledge by the senses remains incapable of expressing the experiences related to the truth. The more we delve into the depths of nature or the truth, we need to let go of the shadows and the concepts of the common language. In science, this journey is the endless journey of delving into the depths of the structure of atoms. Here, science and philosophy both are dependent on those experiences which are beyond the senses even though the ground of thought is different for both.
In the present age, the aim of attaining education has been confined to the accomplishing of a degree and the concept of knowledge has been confined to information. In such a case it is a big challenge to look for a path to build awareness in the new generation through education where the minutest of the minute truth surrounds life. 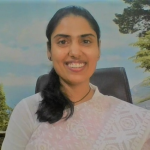